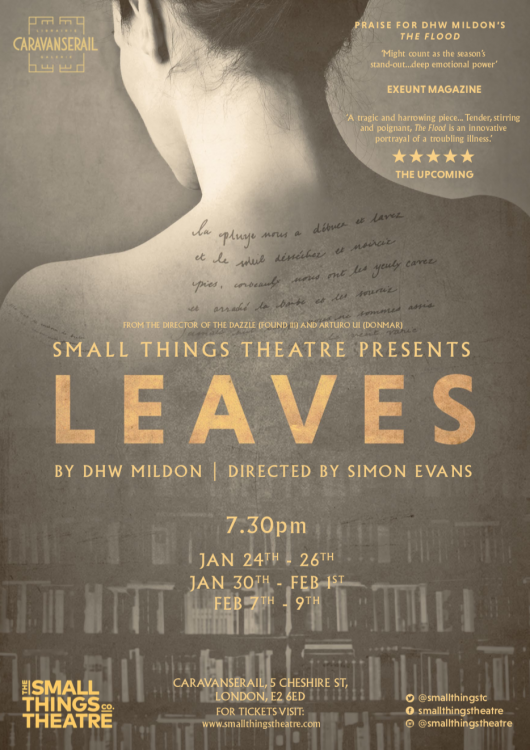 “Eroticism, poetry and mystery in Paris with @smallthingstc production of Leaves @_caravanserail_ beautifully written and performed by David Mildon and directed by @SimonEvans25. A Play in a bookshop!” – Catherine Taylor of the Financial Times on twitter.

“So we went for a walk. And she took my hand. She leaned into me, with her weight, the little there was of her. And for the first time in my life I was needed. I was wanted.”

Henry Wicks is promoting his latest book. Respected as an outstanding mind of unparalleled erudition, but where did he learn his French and which books inhabit the heart as well as the mind?

A short play about love and literature.

DHW Mildon and Simon Evans are reunited after their success with The Flood.

Praise for The Flood:

“a tragic and harrowing piece… Tender, stirring and poignant, The Flood is an innovative portrayal of a troubling illness.” ★★★★★ The Upcoming

“less frenetic, but even more powerful… touchingly written” – The Stage